The Simplicity of Karma [Audio]

The Simplicity of Karma, by Tony Bernhard:

Tony Bernhard first encountered the dharma in 1965 and became one of Spirit Rock’s first community dharma leaders in 1999. He currently sits on the board of the Sati Center, trains inmates and staff at Folsom Prison in mindfulness and dharma, leads sitting groups in Davis, and regularly teaches in a handful of venues in and around Sacramento and the Bay Area. He primarily focuses his practice on study of the dharma teachings in the earliest texts.

And I wanted to continue in that ___ a little bit, and spend some time about the notion of karma, because the Buddha have a very different notion of karma than we sort of have inherited. Today, Karma sort of all ___ up with new-age stuff and there are other spiritual traditions which had teachings find their way into Dharma circles. And often, well, there’s no real labeling and spiritual teachings the way there is in the back of food boxes. You know, this is 40% Buddha-Dharma, this is 20% ___, 15% Christian ___, and then 10% bullshit. I mean, it’s just—you know, get those kind of labeling. So we try to find guidance for our own practice. And we look to the traditions. Sometimes, it can be a bit ___ and confusing, because conflicting teachings often get presented.

So I want to talk about karma and I think I’ll start by talking about the—what the situation was when the Buddha found himself in. Because a lot of what he’s teaching, his teaching didn’t spring in from nowhere. It arose from a relationship from a society that he found himself in. And that society at that time was largely just past rival organization and was ran by the Brahmans who were the—has the spiritual cast, they were the priests of the society. And they were the people who were in possession of the rituals that kept a proper relationship to the gods. And became part of the cast system. The Brahmans were the spiritual teachers and leaders and then they were the warriors and the merchants and the workers and of course, we all know about the people who had no cast at all. But the religion at the time was a sacrificial religion and the idea was to keep the gods happy, because the gods were the ones who kept the universe going okay. And so the Brahman families, they would teach generation to generation. The vaticans and rituals. And the correct performance of the rituals are karman in the Sanskrit. And you know, if you would to, for example, I’m not sure if they had rain dances, but it was some—a ritual—you know, the idea of the sacrifice was to make your crops grow and your animals be healthy and your family be happy and wealthy, and prosperous and the ritual sacrifices included everything from you know—mustard seeds, and stuff thrown on the fire, to animal sacrifices at times. And of course if you did a rain dance or something and nothing happen, and I guess that was bad karma. Or it meant it wasn’t performed correctly. There is a big emphasis on the pay off. You would do these rituals and you will go to the Brahmans for blessings and marriage and stuff, and if things were not done correctly, that was the theory, then the payoff wouldn’t be there. So they developed a lot of specialization. They were ___ to focus specifically on the pronunciation of certain vowel sounds and mantras and the pitch on which it is to be delivered on the length of time. But it was all focused on the external behavior. Those all oriented towards the payoff down the line that somehow the external world would reward us for relating to the gods in the appropriate manner. Well as the Buddha did a lot of things. He adopted the terminology of the time and often, well, he made fun sometimes of some of the terms. For example, some of you may be familiar on the word ___, which in Sanskrit, or in the Brahman tradition, was the word for performing the rituals of tending the three sacred fires that were in the household that was fire of creation. And I think there was a family for the ancestors—I can’t remember ___, but the idea was they had to be kept tended constantly. These three fires. And the word was ___ was fueling them. And the Buddha turned just took that and said off, feeling the fires of greed, hate and delusion. This is ___. So when we hear on our teachings, ____, it’s grasping. It’s translated as grasping, and the Buddha meant it to be that way. But he was flipping the meaning of the term as it was commonly understood. You know, he would take the term Brahman and that was the term that was used to the people who inherited by birth. This ___. And he would say, to me, Brahman is someone who has attained realization. So he was trying to get inward. Not just outward. Well, the same with karma. In karma, I the ___, which is the language that apparently is fairly close to what the Buddha spoke. Karma, he said, is intention. Simply intention. It’s not the outward performance. The outward behavior. You can say, have a nice day, and your heart can mean have a nice day. And your heart can mean—have a nice day. And your heart can mean have a nice day. And if you say have a nice day, you ___, because you ruin my day is not the same thing. So it’s not the outward behavior, it’s the inner intention. And this has led to some confusion, because we also hear the notion of karma being described as sort of our fate. It’s what happens to us. So on the one hand, we get karma as intention. On the one had, it’s the pay off—what goes around, comes around. Like, you reap what you sow. It’s what we get back. In my view, this is a personal view, I’m not sure that it’s shared by people who are deeply ___ in the ___ tradition. It’s maybe a bit ___, the ___, today’s ___, but the confusion comes when you say, well, you know, I was standing on a beach and here comes the tsunami, and that must be my karma. It’s the karma of it’s what happens to me.

If you liked this recording and would like to make a direct financial contribution to this teacher, please contact them here: tony@dcn.org

Material on this site is licensed under a Creative Commons Attribution-Noncommercial-No Derivative Works 3.0 License

Step-by-step guidance for developing mindfulness for your health, relationships, career, meditation and more!

Discover the world’s most popular mindfulness meditation scripts that make a positive impact on people’s well-being. 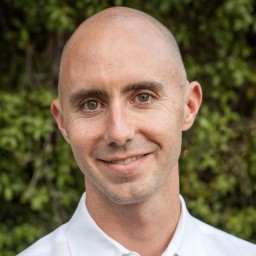 Sean Fargo is the Founder of Mindfulness Exercises, a former Buddhist monk of 2 years, a trainer for the mindfulness program born at Google, an Integral Coach from New Ventures West, and an international mindfulness teacher trainer. He can be reached at Sean@MindfulnessExercises.com

20 Mindful Questions to Ask Yourself

Dwelling With The Divine [Audio]

An Evening with Ajahn Brahm [Audio]

Please log in again. The login page will open in a new tab. After logging in you can close it and return to this page.